How Do Blackheads Form, and How Do You Treat Them? 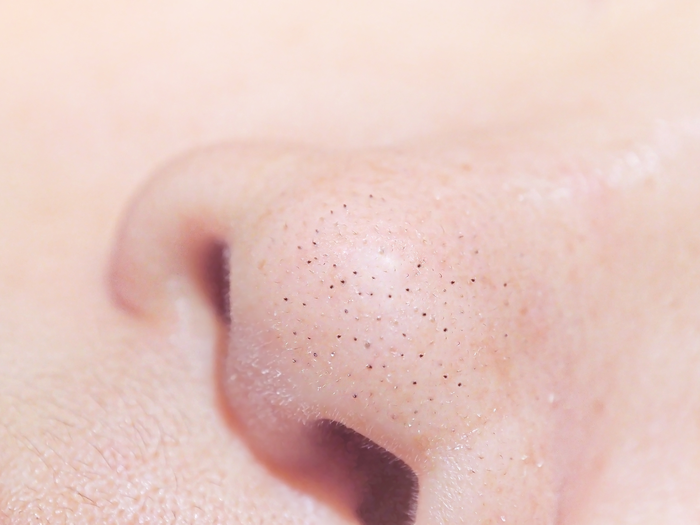 Blackheads are a menace if you do not have a proper skincare routine. They can cause your social and psychological anxiety, forcing you to wear layers of makeup or even go to the dermatologist's office. If you have had them, your best solution is to prevent them from forming again. So, how do blackheads form, and how can you prevent or treat them?

Blackheads are mild acne that manifests as small dark lesions appearing on the surface of your skin. They mostly form on your face and neck, but they also easily form on your back, arms, chest, shoulders, and thighs.

How do Blackheads Form

Blackheads form when your skin's hair follicles are clogged with oil and dead skin cells. Naturally, exposure to elements oxidizes this mixture to give it a blackish color. The biggest misconception about blackheads is many people think the dark color is caused by dirt, but it forms from the dead skin cells and sebum interacting with oxygen.

On the other hand, the difference between blackheads and whiteheads is not only in their appearance but also in how they form. Unlike blackheads, whiteheads form when the hair follicle fills with sebum and dead skin cells but remains closed. The mixture does not interact with oxygen, hence why they don't take a black color. Whiteheads are also called closed comedones.

As seen, blackheads form when the hair follicle is filled with dead skin cells and the skin's protective, oily layer called sebum. As the pores remain open, the mixture interacts with oxygen to adopt a black color. But, some factors can increase the formation of these blackheads. These are;

These are some other popular risk factors that can increase blackheads formation;

What Are the Symptoms of Blackheads?

In appearance, you will notice the tiny black bumps on your skin. If on your face, these bumps will be more prevalent on your nose and chin areas. But here are two things you need to remember when diagnosing blackheads;

How to Treat Blackheads

As a mild form of acne, blackheads will rarely need complicated treatment methods, and you can usually eradicate them with simple acne treatments available to you. So let us see the main blackhead treatments you can start at home today.

Cleansing your skin will remove excess oil and dirt, while exfoliating will also remove materials clogging your pores. It is an important step when you want to remove blackheads, reduce skin oil production, and also prevent blackheads from forming in the future.

When looking for a cleanser or exfoliator to get rid of acne, you might find most containing benzoyl peroxide. These are usually very effective for many forms of inflammatory acne. Now, since blackheads are non-inflammatory, you can forego cleansers and exfoliators with benzoyl peroxide for those with salicylic acid and glycolic acid.

Salicylic acid s especially good for breaking down matter in clogged pores, including dead skin and excess oil. Glycolic acid is also a suitable Beta Hydroxy Acid, also called BHA, that will soften the top layer of old skin, so it easily comes off with gentle exfoliation.

The first thing you want when treating blackheads is to keep your pores clean. Thus, using a clay mask is a good way of drawing out the matter clogging the pores.

A clay mask containing sulfur will break down the sebum and dead skin, so it easily comes off when you exfoliate gently. A clay mask is ideal for people with oily skin, which is also prone to all forms of acne.

3. Use a chemical peel

Chemical peels are ideal for people looking to minimize various skin imperfections, including fine lines and wrinkles, dark spots, age spots, and comedones. If you want to try a peel, look for one that features non-comedogenic products and popular Alpha Hydroxy Acids, AHAs, like salicylic acid.

The Don'ts of Treating Blackheads

When looking to eradicate blackheads, you will need to avoid the following methods as they could make your skin conditions worse.

How to Prevent Blackheads from Forming

If you have embarked on an effective treatment method, you will also need to ensure the blackheads don't form in the future. Luckily, prevention is straightforward if you;