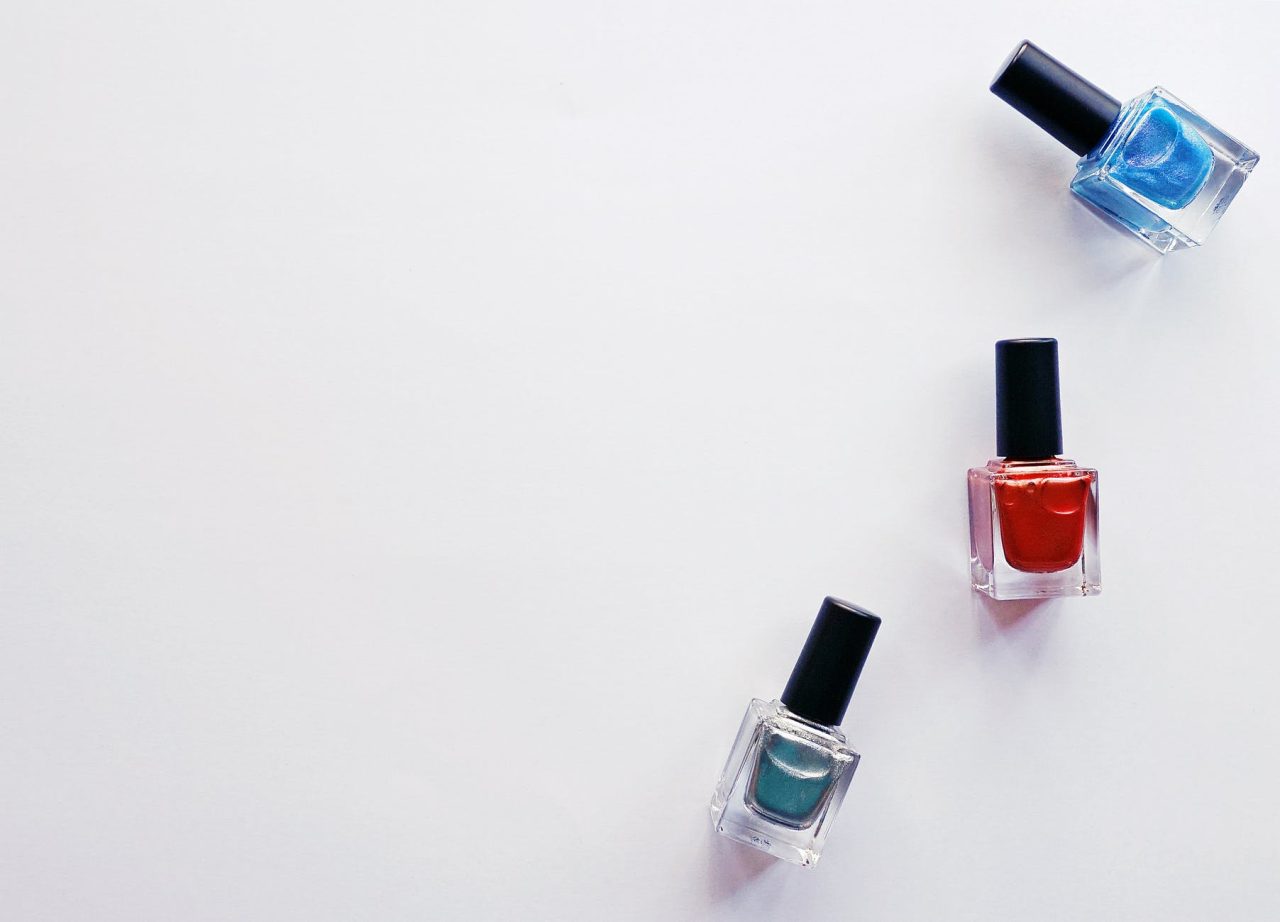 After a year with the Covid-19 pandemic, you might not be ready to visit your best nail salon for a much-needed manicure or pedicure. If this is the case, you need to invest in an arsenal of quality nail polishes you can apply at home. We will share with you the best nail polish brands.

You want to invest in a good nail polish brand because each has a unique feature they offer, from the prices, colors, polish quality, and more. Some polishes last longer than others, others have better pigmentation, and some are vegan and cruelty-free.

The nail polish industry can spoil you with available choices, and you find it harder to stick to one brand. The following are five top nail polish brands, so read on to find out why you need to give them a second thought.

In a hurry?
This is our Winner! 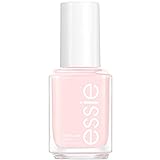 Essie is one of the best nail polish brands worldwide after amazing approvals from royals, celebrities, and all nail art lovers. It was founded by Essie Weingarten in 1981 and launched with just 12 nail polish color options.

She continued expanding the brand with more unconventional col0rs, plus a top coat and a base coat the following year. The first big stamp of approval came in 1983 when then TV host Joan Rivers announced on air she was wearing the brand.

A couple of years later, they would get a letter from Buckingham Palace requesting they send the ballet slippers polish for Her Royal Majesty Queen Elizabeth II. Being the only color Queen Elizabeth could wear, it went on to become one of the best-selling nail polish from the brand.

Essie went on to win many beauty awards from magazines such as Allure and partnering with big companies such as Universal Studios, Mercedez-Benz Fashion Week, and many more. It is always the go-to nail polish brand for most fashion shows and runways around the world.

Essie offers unique color options, including the Allure worn by Kate Middleton for her 2011 royal wedding. They have since expanded to Europe and other parts of the world, even collaborating with renowned fashion designer Rebecca Minkoff along the way.

Ballet Slippers is Essie's best-selling nail polish color that Queen Elizabeth II approves. It comes in a sheer pink color for a relaxed and classy look.

It is durable and offers flawless coverage. It comes with an easy-glide brush to give you a streak-free polish application. It is ideal for all seasons and is best used with a base coat and topcoat. You can opt for a glossy finish or go for a matte finish; this royal color will remain chip-resistant longer than most brands. 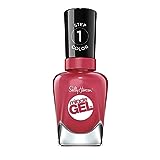 Sally Hansen was a New York entrepreneur who founded this company in 1946. She launched the brand with only two nail polishes, but today, they sell over 300 colors in different shades. While she passed on in 1963, her beauty brand excelled to become one of the best in the world.

Sally started the company with the help of her chemist husband, who helped her formulate the best nail polish formulas. Within a few years, the brand was making the best polishes and making a name for itself across that US.

It has won awards from many magazines, including in Allure's Best Nail Polish Brands categories, and has severally led the nail polish category in Fashion Week. The brand is also known for other beauty products for hair and skin tanning.

They are known for offering their high-quality nail polishes at very affordable rates across 55 countries. Today, they also sell drugstore nail polishes and quick-dry polishes that need a two-step appliance of color and topcoat.

And just like Essie, the best nail polish from the brand is a pink shade called Insta-Dri Nail Color in Espresso. The Miracle Gel is also one of the best-selling colors from Sally Hansen.

Nothing is better than a guaranteed home-manicure success. This Miracle Gel is Sally Hansen's top seller, and it is easy to understand why it is the best.

For starters, it comes in over 80 shades, so you are not going to struggle to find your best color. Secondly, it does not require the harmful UV light to dry, and even better, it will dry in under 2 minutes. You only need to apply the color and topcoat and change your look completely.

When you think about nail gel, you want yours to last long but also anticipate a longer removal process. That is not the case with Miracle gel. It goes chip-free for over eight days and removes as easily as basic nail polish.

With such an easy application process, you no longer need to pay any salon fee for your manicure. Buy this gel at affordable prices and do your nail art from home.

One of the best nail polish brands worldwide, Zoya is a part of the Art of Beauty Franchise founded by Zoya Reyzis and her husband Michael Reyzis, a certified chemist, in 1986.

Zoya believes in offering the most high-quality products for customers, and it is why they use only natural ingredients to make vegan nail polishes. Zoya's dry-fast topcoat was the first working topcoat of its kind, eliminating the need for using UV light or waiting long hours for nail polish to dry.

The brand's vegan nail polishes have become a household name in many salons, with more and more people preferring to eliminate toxic ingredients from their beauty routines. The brand is widely mentioned by fashion magazines and also voted the best by users worldwide.

Zoya nail polish brand offers over 400 non-toxic nail polishes in different shades and colors. They use a five-free formula that dries up pretty fast. The only pinch when using this brand is you will have to part ways with more dollars, but it is a worthy investment when you want to put your health fast.

As the world moves closer to attaining sustainability and reducing the effects of pollution, the fashion and beauty industry has to be part of the movement. It means removing toxic ingredients such as parabens, toluene, formaldehyde, and more from products such as nail polish.

Emilia by Zoya is just one color out of 26 shades that is vegan and non-toxic. It is a rich color ideal for people of all skin tones, including pregnant women and all health-conscious persons. It is durable, fast-drying, and comes with an easy-glide brush for a stress-free application.

You need to apply a base coat before layering your nail color. The nail polish is also easy to remove with a Zoya remover that not only wipes off the color but also moisturizes and fortifies your nails with nutrients to build strength. 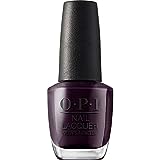 One interesting fact about one of the best nail polish brands globally, OPI was originally a dental supplies company named Odontorium Products Inc. However, it was later purchased by George Schaeffer in 1981, who was joined by Suzi Weiss-Fischmann on a partnership that saw the formation of an acrylic line with Biochemist Eric Montgomery.

Since then, the dental supplies company was closed to pave the way to today's OPI nail polish company. It is still headquartered in Calabasas, California, after branching out to over 100 countries. Ultimately one of the most versatile nail polish brands, OPI even makes nail polish for dogs.

The brand has collaborated with many companies, films, and fashion events. It features in the films Alice in Wonderland, Legally Blonde 2, and more. Since 2017, the company has also ceased using dibutyl phthalate, formaldehyde, and toluene to formulate their nail polishes and lacquers.

OPI makes all kinds of nail polish colors, from light tones to heavily pigmented polishes. They place a strong emphasis on corporate social responsibility, and they help build communities where they run operations.

If you love updating your nail polish weekly, you can try this purple nail lacquer from OPI. It comes from the Scotland collection, which comes in different colors and shades.

The color is best worn alone or with more sophisticated nail art. It is a durable lacquer that can last you up to a week. Additionally, it comes at an affordable price. As a nail lacquer, it requires a base coat and top coat for a shiny finish that leaves your confidence at a high.

You've probably heard of Deborah Lippmann, the celebrity manicurist who is constantly in fashion magazines and shows. She has been a constant name when celebrities talk about their nail art, from Kate Winslet, Reese Witherspoon, and more on an Oscar Awards stage, to Vogue, InStyle, Vanity Fair, Elle, and more fashion houses.

She started this best nail polish brand in the world following her love for beautiful nails. Following a career that started with jazz music to cosmetology, Deborah Lippmann has wowed fashion designers, editors, and models with her unique luxury lines of nail lacquer and nail treatments.

All Deborah Lippmann nail lacquers offer the best benefits to your nail health. They come in different deeply pigmented shades and do not require UV lamps to dry. They are also vegan and last long.

This amazing nail gel is best for you when you want a vegan, cruelty-free, and 10-free nail treatment gel. The product is available in 29 different shades. It is created with nail strengthening ingredients such as Biotin, keratin, Evening primrose, green tea extract, rice protein, and more.

It is a patented nail polish formula that delivers chip-free and shiny colors to boost your confidence. It is best to follow the four steps of a home manicure; cleanse, exfoliate, treated, and prime before applying the nail polish.

Though a bit costly, this nail polish is worth an investment, not only for beauty but when your nails need strengthening.

While you can decide to go for these five brands, you deserve a bigger pool of choices. These are other nail polish brands you can look up for the best quality nail polishes.