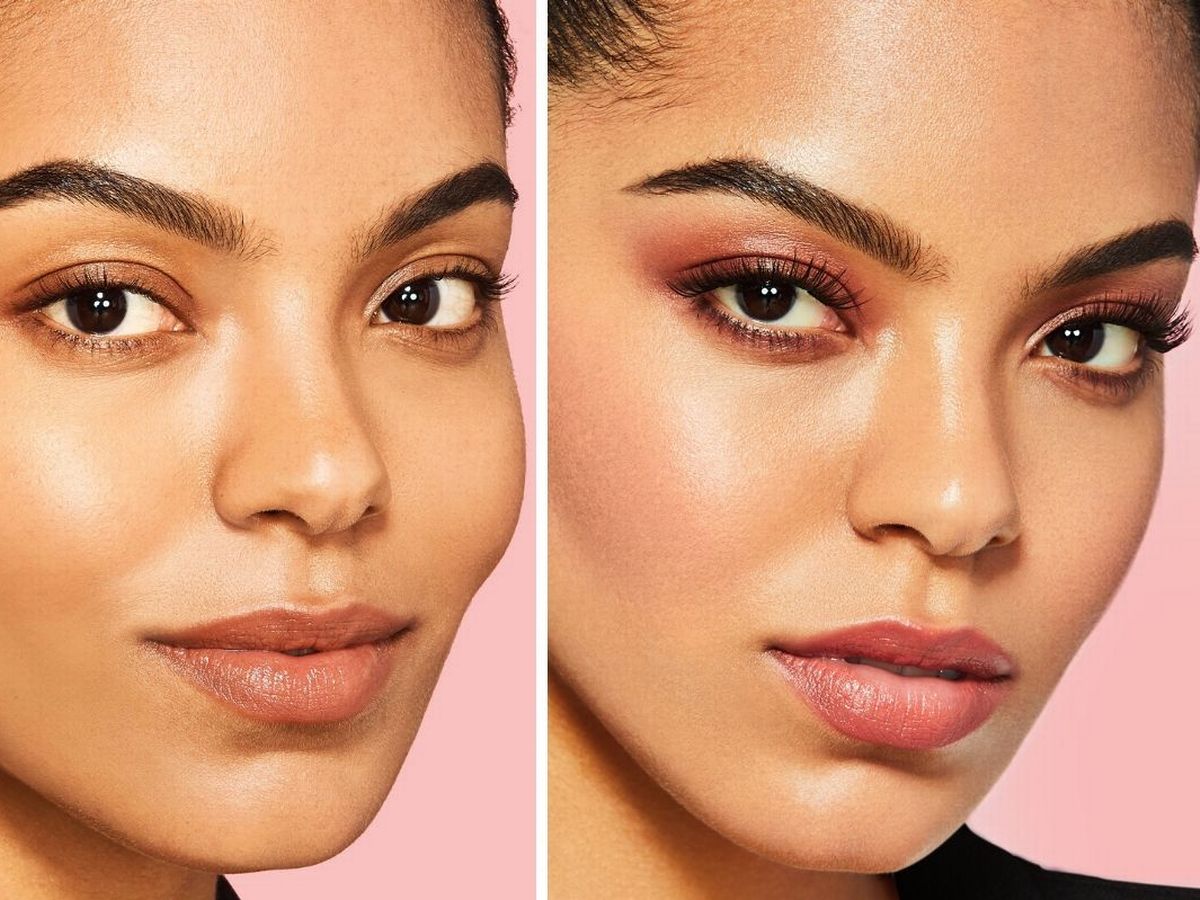 We’ve all watched those Youtube tutorials, which leave you feeling like you could do anything in this world until you actually try it and then it doesn't work out quite right as it should. Perhaps, if you haven't already, you'll go on to google how to apply those traditional false eyelashes you just got and still end up with some excessively-glued, bent-out-of-shape nightmare. So the way out, of course, is to get the best magnetic eyelashes.

Wouldn't we all love to have longer and fuller natural lashes? Let's face it, longer and fuller eyelashes have a way of sprucing things up to give you a much more stunning look. For this, you could commit to using an eyelash serum that'll have you wait for a couple of weeks to see the results.

If you there's an event coming up, you'll need more of an instantaneous solution and you don't need to be a celebrity makeup artist to pull it off. Traditional eyelash extensions are a rather quick and easy DIY option, but magnetic eyelashes are even better. They're also simple enough for beginners.

To apply magnetic eyelashes, some can simply be sandwiched together, while some require that you apply the magnetic eyeliner first. However, overall they all give you that same lengthening and plumping effect, plus they can often be reused as many times.

In a hurry?
This is our Winner! 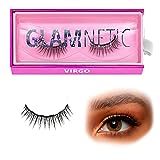 What are the best magnetic eyelashes to buy?

What Are Magnetic Eyelashes?

a) Magnetic lash strips that are sandwiched together. Where one strip, with tiny magnets along its base, is placed under your lashes while the other strip is placed on top of your eyelashes so they can cling together and sandwich your natural lashes in between

b) Magnetic liquid eyeliner that's painted across your eyelid - So instead of using a messy lash glue, the magnetized eyeliner used is filled with iron oxide in addition to the tiny mini magnets along the bottom. Just line your eye with the cat eye, winged eye or whatever you fancy and then stick them on—easy!

Now, you're probably thinking, " Magnets? On my eyes? Are magnetic lashes safe?" Like everything else that's foreign to your body, as long as you carefully follow the application and removal directions—and don't overuse them— then yes, magnetic eyelashes are quite safe. In fact, since they don't require using glue, they might actually be safer than regular fake lashes, especially if you're not such a pro with lash glue.

Alternatively, if you don't want to do it yourself, you could book an appointment with your makeup artist for your lash extensions. When used sparingly and properly, magnetic lashes are considered quite safe and shouldn't ruin your real eyelashes, especially if you use magnetic eyeliner lashes.

However, if you're going to use the magnetic strips that cling to your eyelashes all day, every day, then yes, you run a slight risk of stressing out your hair follicle. This ends up damaging your real lashes leading to conditions such as traction alopecia.

Without further ado, here are the best magnetic lashes.

The Glamnetic Virgo magnetic lashes are practically weightless and can be worn up to 60 times. These beauties are sure to add the lift and fullness you desire to your eyelashes in a way that's both natural and noticeable. They're waterproof lashes made from synthetic fibers and lined with 6 magnets for long-lasting, budge-proof wear.

They come in reusable lash styles that make them versatile enough to be worn on different occasions. Plus, since eye shapes are a little unique, you can always trim them to suit yours. These lashes snap on easy, making them great for beginners to give you a perfect natural lash look ideal for naturalists.

Mood: Natural look that's ideal for every day, but with a notable length and fullness boost 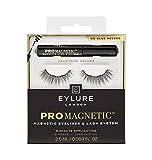 The Eylure ProMagnetic magnetic eyeliner and lash system innovatively locks the mink accent faux lashes in place. Like other magnetic eyeliners, you'll only need to master applying the liquid liner to help the magnets attach the magnetic eyelash. The magnetic liner, which contains iron oxides, can be easily applied using the thin brush applicator.

You can build up on your lash line using several coats to be as thick as the lash strip for best results. First, let it dry completely, then simply pop the full and fluttery lashes on. The whole process should take roughly 5 minutes, and despite its price point, the lashes can be reused up to 15 times.

The Eylure Lash system comes with a long-lasting smudge-proof magnetic liner and a set of faux-mink lashes. They strategically accentuate your lashes for a whole noticeable lift that also looks natural. 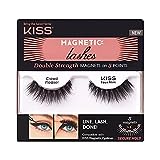 Happy reviewers repeatedly comment on how comparable this magnetic eyelash is to the much pricier magnetic eyelash kit options. However, these magnetic lashes are a solid buy for a budget pick with natural-looking faux-mink strands and an easy-to-wear design. Gliding the smudge-free liquid liner containing iron oxides across your lash line activates the lashes' double-strength magnets that hold firm for at least 16 hours.

The KISS magnetic eyeliner lash is reusable and easily trimmable. They are easy to apply even if you don't have a steady hand as you should with glue on lashes.

Mood: Faux mink lashes that look natural and can be worn all-day 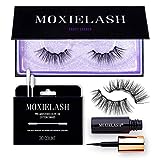 Technically, most, if not all, magnetic lashes are reusable at least a few times, as long as you remove and store them properly. But overall, these are the best magnetic lashes that are most customizable and also most reusable- with up to 30 wears. In addition, as the best-selling magnetic eyelash kit, it flatters well on all eye shapes.

The MoxieLash Baddy magnetic lashes stick well and can be reused up to 30 times to ensure you plentiful and striking lash-flutter moments. In addition, these falsies add to the dramatic flair of your natural lashes with the long, voluminous, and perfectly curled mink strands. After using the lash applicator to apply the quick-drying liquid liner, pop on the waterproof Baddy lashes to lock them in place through the day.

This magnetic eyelashes and eyeliner kit comes with a set of pre-moistened cotton swabs for easy removal. The MoxieLash is highly customizable since you can buy the pre-made set or simply buy everything separately and then choose to use either the gel or liquid liner. This eyelashes kit also includes a whole range of different lash styles. 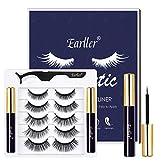 If you're looking for a dramatic lash, then these magnetic lashes should be a great pick. On the other hand, if you love magnetic lashes, these are an Amazon favorite that comes with 10 different styles running from subtle to the statement-maker. Each lash strip has 5 magnets that are spread out evenly and smoothly to attach to the waterproof magnetic liner, which also comes in 2 tubes.

If you prefer to make that bold statement, then the Earller magnetic eyelashes and eyeliner kit gives you bold options that you'll enjoy. The Earller lash kit is stocked with 10 eye-catching styles that gives you room to play with the long-wear and flexible fit.

These waterproof lashes are also reusable and can stick all day. In addition, this magnetic eyelashes and eyeliner kit also comes with 2 liquid liners and 1 tweezer applicator.

What to Look For in the Best Magnetic Eyelashes?

A) Your Size and Style?

Like all lash extensions, it’s important that you not only get a band size that works for your eye but one that also works with your style. Some are wispy and subtle, while others are bold and dramatic. First, consider the result you’re aiming for before you land on the magnetic eyeliner and lashes of your choice.

Like traditional falsies, there are different magnetic lash options you can choose from, which include synthetic hair, mink, and others. The material the lash is made out of will not only affect how it looks but will also affect its quality, durability and price point.

C) Type of Adhesive for You?

An eyeliner and lashes kit uses 2 kinds of adhesion. The magnetic eyeliner lash kit uses a magnetic liner that might be slightly easier to apply for many people, just as long as you put on eyeliner. If you don't like the eyeliner look, you could sandwich your natural lash between 2 magnetic sets on the inner corner/outer corners and upper lash line.

1. What are the cons of using magnetic eyelashes on your eyes?

2. Can you wear mascara on your magnetic lashes?

Wearing magnetic lashes doesn't mean that you should ditch your mascara. Just like you would wear mascara with falsies, a coat of mascara help blend your natural eyelashes with your magnetic lashes.

3. Is the magnetic eyeliner hard to remove?

4. Can you swim while wearing magnetic lashes?

Since magnetic lashes are held together using magnets, they are waterproof, so they'll remain attached even if they get a little wet. However, this doesn't mean that you should go swimming in them since the weight of the water will probably pull the lashes out of place.